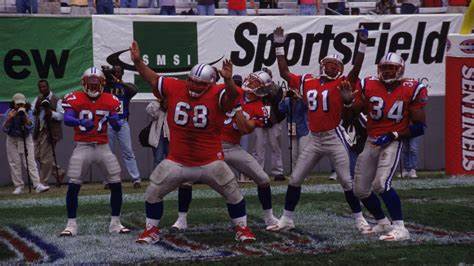 Well its a good thing we waited to breakdown this weeks Thursday Night Football game between the Green Bay Packers and the 49ers practice squad. As the week has progressed we have learned that SFs major backfield players will be out with injuries, their starting Qb is out with injury and to top it off pretty much their entire offensive receiving core just went down with the well known flu of 2020. On the flip side of the ball I have been digging in on Aaron Jones for GB and some reports are saying they are trying to be positive for game time decision but its looking more like the backfield will consist of Tyler Erving and Dexter Williams that was just brought up from their practice squad. All things considered, everyone is going to have the same lineups and it will be tough to gain any leverage to make money on this game so tread lightly.

We will keep this short and sweet since chances are there is only like 6 lineups that we will be able to make.

Davante Adams – Dude is lights out and everyone knows it. Rodgers wont have many weapons to throw to this week so it looks like this is the best option. Problem is he will be 40-50% owned as a captain.

Aaron Rodgers – Coming off a tough loss to MIN last week I would normally say lets go Rodgers because he wont let that happen again but unfortunately, there is only 2 realistic captain options in this game so i expect him to be VERY highly owned as captain as well.

Nick Mullens – He has definitely had his up and downs in his short times on the field this year but last week when he went in against SEA he showed pretty good decision making and play making ability so I have some hope that he can put some points on the board. Problem is he has NO weapons so be careful.

Jerick Mckinnon – Was terrible on the ground last week. The only thing that saved him is a 1 yard TD run. I was not going to go there this week but with the super limited options this is the only play. Lets hope he can get something moving against the GB defense that is allowing the most fantasy points to RBs this year.

JaMycal Hasty – He did have a fumble last week and did not look sharp at all but he did move the ball on the ground better than McKinnon. The problem is you never know who SF will rely on from week to week and especially this week. I will looking to gain a hair of leverage here with him as my play more often than McKinnon.

Robert Tonyan – Wasnt going to go heavy originally because SF is very sticky against TEs but with the limited options this is the second best pick on GB for Rodgers to throw to so I will take my stabs.

Packers D – Well if 2 + 2 is in fact 4 then this is the game that you play the GB defense. SF is literally playing with majority 3-4th-practice squad string players so if things go the common sense way then GB d is a play.

Ross Dwelley – Anther one that I was going to let everyone bite on and I was going to fade originally and go Bourne and Aiyuk but now this is the only option work a shit. Take him where you can. He should get looks.

Mason Crosby – Normally do not like taking GB kicker because GB finds its way into endzone and I still think that is the case tonight but again limited options means he becomes a play.

Robbie Gould – Great option here with all things considered. Lets say Mullens is just good enough to get them into scoring zone and runs out of steam this guy will put some points on the board. Problem is if SF gets behind early then Gould will become absent in the game.

MVS – You want to have some fun slate this guy as a captain and load up with the turd boxes you can because he could have a lights out game tonight. 1 deep pass for a TD and you wish you would have given it a shot. Either way plug him in flex for some because Rodgers will be throwing bombs tonight.

E. St. Brown – From my readings, ESB will be WR #3 tonight (Malik Taylor/Darrius Shepard may see playing time as well). I would much rather have MVS but if you are wanting some pivot plays here is one. Dont go crazy.

Kyle Juszczyk – Bottom dollar stud right here. I always have my stabs at Kyle when SF is in a showdown slate and tonight will be no difference. With the limited amount of starters on the field he may see even more looks than normal. Time will tell but dont sleep on this guy. Redzone target for sure.

Trent Taylor – Starting WR #2 for SF tonight. Has some catches this year and Mullens showed that he trusted and liked throwing to him last week against SEA in the short time that he was in the game. I will be all over this play and take a few crazy stabs with him in captain to gain some leverage.

Tyler Ervin – As of now it looks like Ervin will be getting the start at RB for GB. Im crazy Ill take him at captain just a few times for shit and gigs but either way make sure you have him in a few flex because rodgers cant throw the ball 50 times, can he?

Mercedes Lewis – Here is the deal, very risky play but even when the GB were fully healthy Lewis saw redzone looks. Thats good enough for me to take some shots since he should see more playing time with the limited lineup.

As of now, SF has not listed who will be replacing their Flu ridden WRs but on the pricing slate I noticed a few options:

I dont know who will start and what they are capable of but I will take a few select stabs down here for leverage alone. If you are not making a bunch of lineups stay away from these plays or this game entirely!

Thanks again for riding along with us here at We Live Fantasy. Keep up to date with all of our content and news on FB, insta, and twitter @WLFBETS and check out our videos breakdowns on our youtube page We Live Fantasy. Also, goodluck and share your earnings!