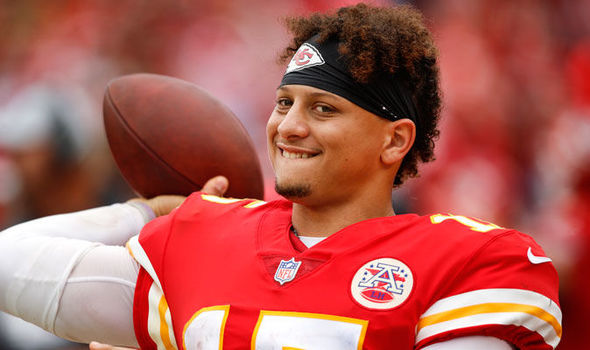 So, here’s the deal you have 2 ways to play this first game out of the gate with Kansas City Vs. Houston:

Ill go with a bit out in left field. We know there should be a ton of scoring in this game or at least that is what most people expect. I see this being a very great possibility but I also see there being a decent chance of people coming out a bit rusty or taking some time to get up to speed so scoring may not be as crazy as we all think. With that being said, most will take the Mahomie himself at captain and why would you not? The dude does nothing but put points on the board. Thats why he will be in my core but not as captain. I will leaning on someone further down the player board in hopes to keep enough money around to stack some lineups with the top players.
(keep in mind, not much of a homefield advantage because no fans in stands)

Captain plays:
WR Fuller – $12,000
I did go back and watch last years playoff game between these 2 teams and with Hopkins being out I think Fuller is not necessarily the #1 target but he will be the #1 shot down field and ya only need 1 big play to be good enough at captain with this strategy. I have a feeling Watson will be trying to throw bombs in an attempt to come back against this high powered offensive of KC which leads me to think it could be more than 1 big play to Fuller.

RB Da Johnson – $11,400
I hate to put him in the C spot as much as anyone but I do see this being the heathiest he will be all year and I do think he can still get ya 20+ points in a regular PPR format with the right workload. Lets hope KC doesnt get up too early and they let him run the rock!

WR Hardman – $7,800
Huge upside potential. If the rumors are true about Hill being less than 100% I could see them babying him and just having him in as a decoy. If that is the case the shots down field will be going to this speed demon. Ill take my chances here.

WR Cobb – $6,300
If cobb can step up to the plate he has the chance to earn the number 1 role on the WR lineup for houston. This is the time for him to do it if any to cement it in to Houston. But even if he isnt number 1, I see him getting a decent amount of looks which turn into enough points to pay for himself

For all the people who decided that Mahomie was the 4th best quarterback in the league after what he did last year, watch this game and the next one…and another one. Itll sink in sooner or later

QB Watson – $11,800
Dude likes to bomb the ball especially when they get down early which I can see happening, therefore core!

WR Stills – $4,600 (especially if cooks is out)
Well as of now he is not starting but if cooks goes out there is a good chance you will see some Stills. If that happens, he will be a down field big play guy. Only need 1!

TE Fells – $4,400
Fells recieved a good amount of looks from Watson in their game against KC last year, I look for similar production and similar points. He should pay for himself

WR Cobb – $4,200
He can be a complete dud or the stud, I will have him in a decent amount just incase. Slob on that Cobb!

Shot in the dark:

RB Williams – $1,800
I dont understand what is going on here. Is this new CEH a fucking god or what? So much hype and I know one thing about hype….most things dont live up to it. I dont see Reid being stupid enough to let this rookie run the majority of the game. Up next, the G himself from the playoff game last year and the superbowl. Williams is insane value here. I see him getting just as many if not more touches than CEH especially if they get up which I see happening.

WR Coutee – $1,400
There was some issues he had recently which dropped him down the depth chart but I still see him getting some playing time and ya only need a couple looks for him to be worth it.

WR Carter – $800
He was used late in the going in last years playoff game and I see him being on the field to some extent. Same as Coutee just need a couple looks.

TE Warring – $600
Dont know much about this guy but i know hes fast as shit for a TE and cheap as hell at $600. He fits into some of my builds nicely and I bet he will see the field at some point. Give the rookie a shot Coach!

For all the DFS tips and plays Subscribe now to @Welivefantasy where we do the homework so you dont have to!